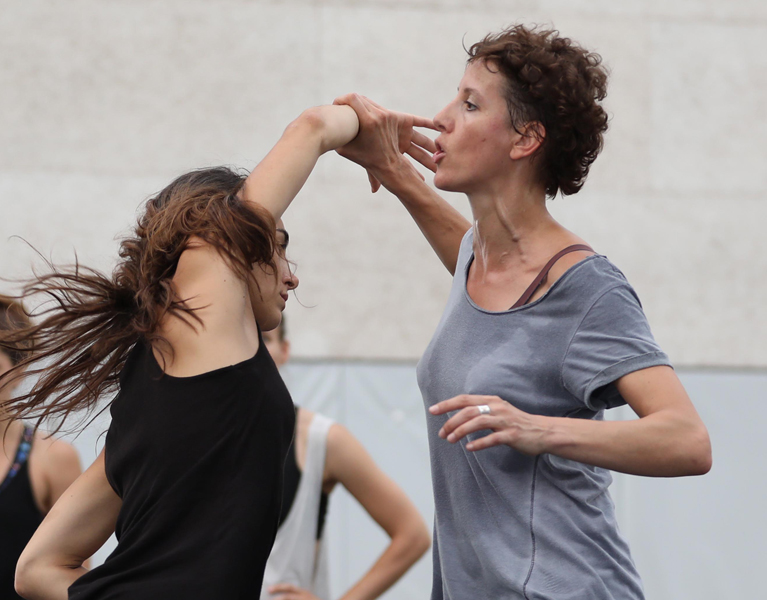 from the 7th till the 18th of January

Laura Aris, is a performer, choreographer and recognised international pedagogue. Her performing experience includes a decade as a formal member of the renowned Belgium dance Company Wim Vandekeybus / Ultima Vez and Lanònima Imperial in Barcelona. Cofounder, together with Jorge Jáuregui, of the artistic platform Ember from 2009- 2015. Since the past seven years she has been working as a freelance artist developing her own creative practices, creating several solo works and many collaborative performances. She is regularly guest teacher at festivals and art universities such as: Impulstanz in Vienna; PARTS Performing Arts Research & Training Studios; Deltebre Dansa in Spain; SEAD Salzburg Experimental Academy of Dance; Rosas/ Anne Teresa de Keersmaeker; Institut del Teatre in Barcelona; HKAPA Hong Kong Academy for Performing Arts; Charleroi Danses in Belgium; Kalamata Dance Festival in Greece, Atelier Transformation in Montreal; Delfos in Mexico; Chinese Culture University of Taiwan; CID in Rovereto, among others.

In this workshop, I will approach the basis of the work of Ultima Vez from my personal experience with the company. We will work with a mix of ideas and material without focusing on any show in particular. As we work, I include theatrical inputs with specific energy and clear images that give meaning to movement and elicit performance rather than just learning and execution. Combining the specific, physical language of dance with the human emotion and drama that motivates theatre.

A fluid physical communication between two people depends on the awareness and control of the shared balance. Technical exercises and improvisations with a clear framework will be the starting point for work in groups or couples. Participants will be invited to experiment and play with their own material within a defined context, and practice concrete body mechanisms. We will look for those creative impulses that, once liberated, offer us possibilities to reach new achievements. We will observe how, sometimes, the extreme qualities maintain a balanced tension, that tension attracts attention, and that many times, silence speaks.