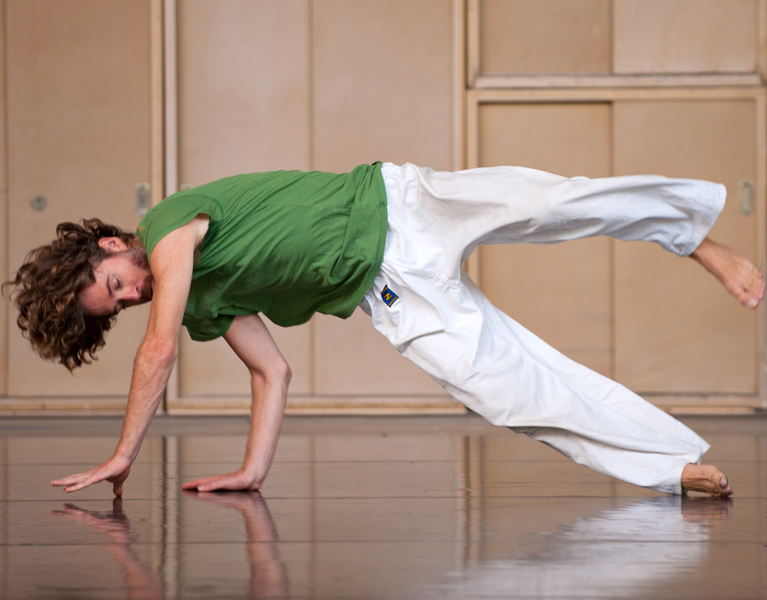 German Jauregui is a director, choreographer, dancer and teacher based in Brussels. In 1998 he joins the company Última Vez / Wim Vandekeybus, first he works as a dancer for more than 10 years, and currently he works as a movement assistance and rehearsal director for some concrete pieces. Since 2007 he develops his own work. As a Guess choreographer he creates pieces for different companies in Spain, Mexico and Canada. In parallel, he teaches workshops internationally.

During this workshop Última vez vocabulary + Partnering work will be combined. The workshop will consist in a very particular approach to the movement and some of its main physical mechanisms, movement will be considered as a theatrical act rather than as a technique. We will study and practice some basic tools and principles, which will allow us to find precision, organicity and the right intention while we dance, as well as to explore different movement qualities and physical states.