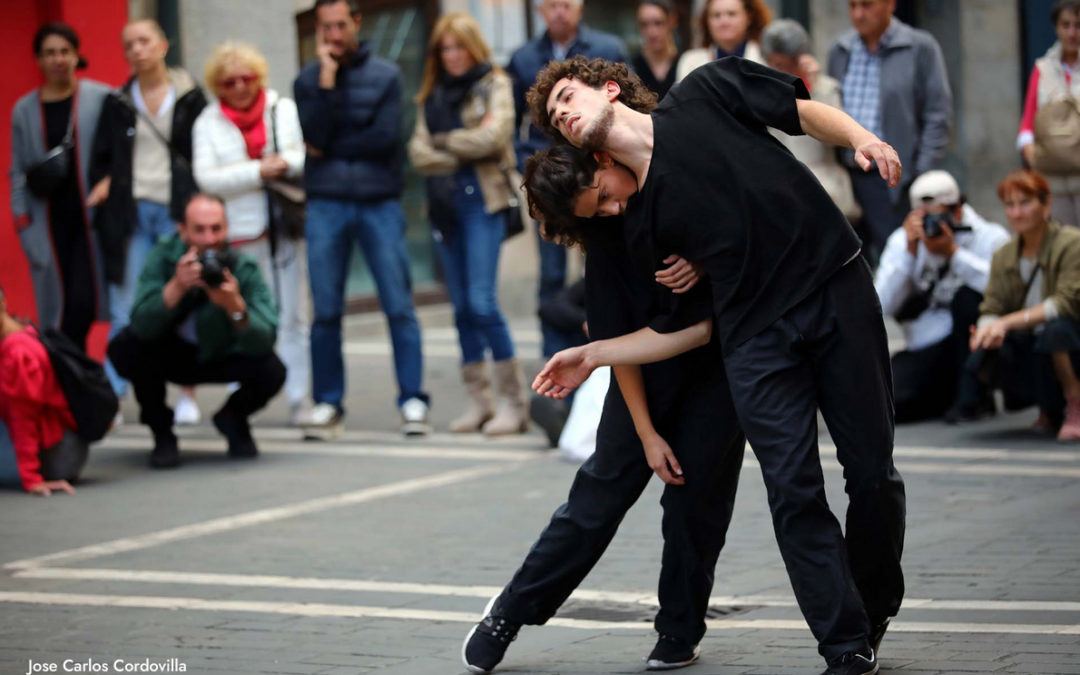 The Faktoria Choreographic Center presented the first activity organized together with the Pamplona City Council on the occasion of the 50th anniversary of the Pamplona meetings.

The San Francisco and Pozoblanco squares, Zapatería street, the Jacoba passageway and the Castle Square in the city of Pamplona, were some of the stages occupied by the dance performed by four Navarran companies, the Led Silhouette duos, the Tautó Duo , Qabalum Duo and the dancer Idoia Rodriguez who acted as a common thread between the different performances.

For an hour and a quarter, contemporary dance opened up and invited passers-by to open up to it through innumerable possibilities of expressive movement, body contact, gazes and evocation that activated the senses of a faithful, diverse and intergenerational audience. that was growing along the way. It was a new way of interpreting the city, of liberating it for a while, from the current choreographic language and contemporary music.